Singapore is a culturally diverse country and this is why it has linguistic diversity as well. But what language is spoken in Singapore? Well, in a nutshell, the four official languages of Singapore are Malay, Mandarin, Tamil, and English. It is an interesting fact that other than these four main languages various other languages are also spoken and even taught in Singapore. The national language of Singapore and the country’s linguistic variety are discussed in detail below. 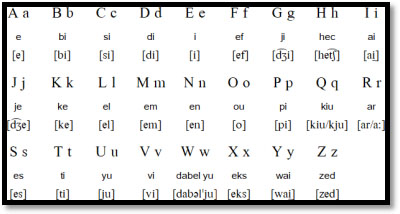 Malay is the official language of Singapore and is spoken by 13% of the total population. In the early 1500s-1800s, before the British, Singapore belonged to the Kingdom of Johor on the Malay Peninsula and the majority of the natives were Malays, it was before Singapore got independent from Malaysia and when Singapore got its independence in 1965 these majority of the Malays were left as a part of Singapore. As to respect and honor the language and heritage of these people Malay was declared the official language of Singapore. Various political factors were also involved in this.

This language holds significant importance in the culture of Singapore and is reflected in the fact that the country’s national anthem ‘Majulah Singapura’, the country’s honor system, and military passwords are all in Malay.

The dialect in which the locals speak Malay is Bazaar Malay which is a mixture of Chinese and Malay, and the script used is Latin, also known as Rumi. Before Rumi, it was written in Jawi script based on the Arabic language. The Malay language is also taught in schools with the Rumi and the Jawi script to beginners. 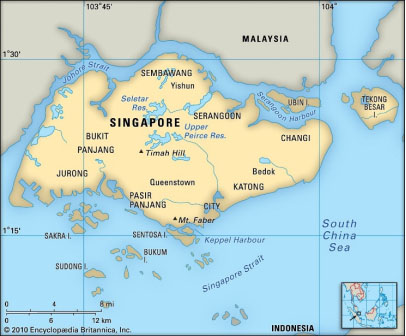 The origins of the Malay language are from Malaysia according to the geographic map but now it is considered the official language of both Singapore as well as Malaysia.

Mandarin is considered the official Chinese Mother Tongue of Singapore. Mandarin also known as Huayu is spoken by 36% of the Singaporean population. Of the wide population of Singaporeans, almost 70% have Chinese origins making Mandarin the official language of Singaporean Chinese. This also helped to keep the Chinese culture and traditions prompt. Other than this, the Mandarin language is the main form of business communication between Singapore and China. 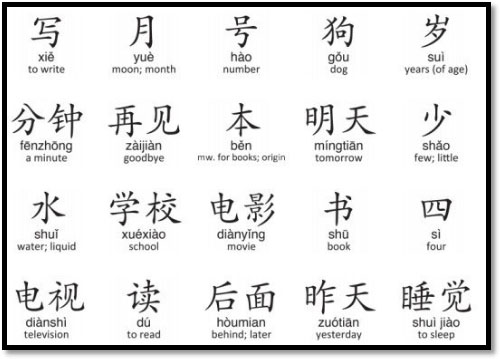 The Mandarin language is also widely used in Singaporean news channels as well as government documents. Last but not the least, there are various Chinese institutions in Singapore such as the Chinese Heritage Centre, and the Singapore Chinese Chamber of Commerce, and the language used in these institutes is Mandarin. These all reasons lead to Mandarin being the official language of Singapore.

Mandarin is based on the Beijing dialect and at a specific time, it was the only Chinese dialect that was being taught in schools in Singapore because other Chinese dialects like Hokkien, Cantonese, Hainanese, and Teochew were banned at one specific point. Mandarin is still being taught in Singaporean schools, at the primary level, it is compulsory whereas at the secondary level it is optional as a second language subject.

The origin of the Mandarin language is China according to the geographic map.

Tamil is the mother language of the majority of Singapore Indians. It is one of the oldest languages spoken in Singapore and is the choice of the majority of its residents. Other than Tamil various other Indian languages such as Hindi, Punjabi, Gujrati, Bengali, and, Urdu are spoken in Singapore but Tamil was acknowledged as the official language. This is because a large number of Indians emigrated from the Tamil Nadu region of India to Singapore and out of 9.2% of Indians living in Singapore almost 76.7% of these Indians speak Tamil as their inherent language. 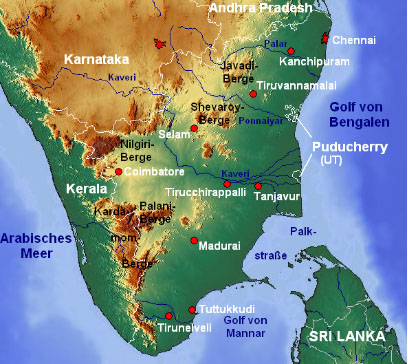 An interesting fact is that the English language was given a new name as well as a new form by the Singaporeans to make it easier for them to understand it better and this mixture of English and other languages is known as Singlish. Singlish language is a short form of Singaporean English and it is not a formal language. For this reason, it is not taught in schools and comes under the English language only. For instance, various words and vocabulary from the official languages of Singapore such as Malay, Chinese, and Tamil and merged with English words to make this hybrid language.

Hainanese dialect is spoken in the southern region of China which is the Hainan province and even overseas Chinese also prefer speaking Hainanese. It is known that 7% of the total Chinese population of Singapore tends to speak this dialect.

Cantonese-speaking people are also found in a wide range in Singapore, that is, almost 15%. The origins of this language are Hong Kong and the southern region of Guangzhou province in China. This language is also spoken by the majority of the elderly Chinese generation of Singapore.

Indonesian is one of the rarest spoken dialects in Singapore as Singapore was never under the rule of Indonesia and did not have any sort of direct ties with the Indonesian culture. The reason why it is still used in Singapore is that it is derived from Malay, but still it is used in extreme minorities.

Singapore has various business dealings such as trading with Japan and this is why this language holds significance in Singapore. It is not spoken commonly by the locals and is mostly spoken in business dealings.

Indians make up a very large number of the population of Singapore and out of these Indian, a noticeable number of them are Sikhs. The language in which the Sikhs communicate is Punjabi. This makes Punjabi an important dialect of the Singaporean Indian community. 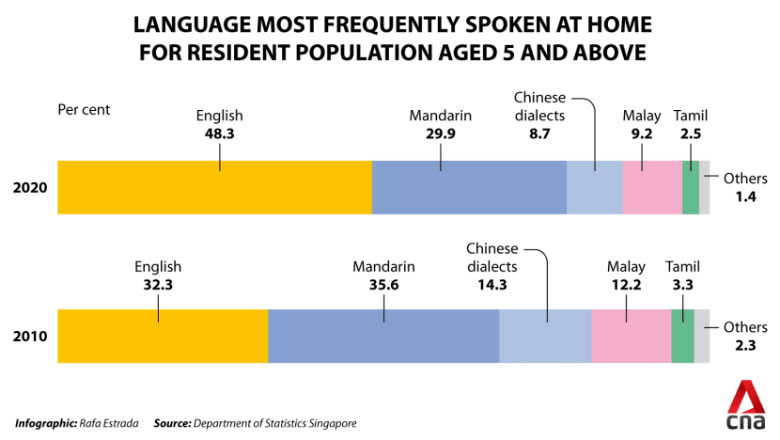 Why Does Singapore have its Linguistic Variety?

Singapore is known for its linguistic diversity as it is a multiethnic country. The origins of the Singaporean population were Malays but under British rule and even after various traders came to Singapore a noticeable number of people also migrated from different regions bringing with them their own cultures as well as languages. Indians, Malays, and Chinese being the majority of the population of Singapore Malay, Tamil and Mandarin were declared as the official languages whereas English was declared the official language to attract tourists and foreign traders.

The Singaporeans declared English as their official language as they thought that it will give all races and cultures one common language to communicate in and will make the people at the workplaces and education systems more connected. Other than this, one of the informal but most spoken languages in Singapore is Singlish. This language was created by the Singaporeans themselves and is a mixture of English and their other 3 official languages. 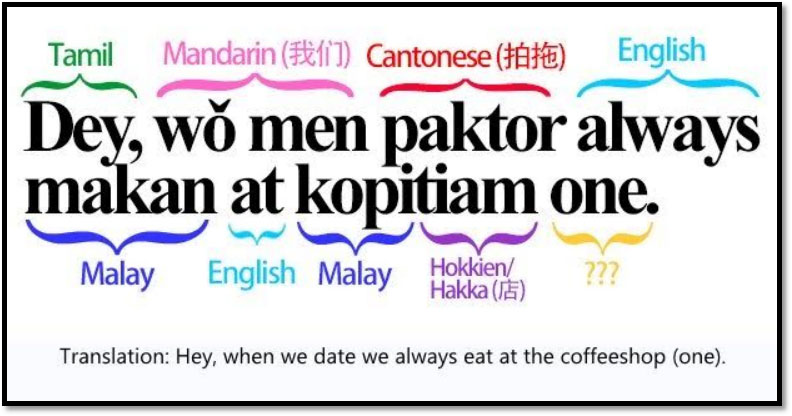 One of the other reasons for Singapore’s linguistic diversity is its bilingual education system. In Singaporean schools, two languages are taught that being English as well as their specific mother tongue (Malay, Tamil, and Mandarin), this makes communication with all sorts of people easier and healthy.

The Best Translation Agency in Singapore for Your Localized Business

People from various countries are interconnected with each other in the recent days of technology and social media, they want to communicate with one another but the language remains a barrier. Similar is the case with Singapore, where languages spoken in Singapore are in number. But worry not, this linguistic barrier can be resolved by a good and effective translation agency.

Wordspath.com being a well-known translation agency have an experience of two decades in linguistic services such as translation, interpretation, desktop publishing, transcription and subtitling, dubbing and voiceover, and AI training data solution, for both businesses and individuals. The customer service of Wordspath is excellent as it tends to cater to the urgent needs of customers without sacrificing quality and it also provides a free translation test for new customers so that they can judge the agency’s expertise.

Other than this, Wordspath has 13 offices in seven different countries including Singapore and it not only covers the major but also the minor languages making it best for Singapore as various minor languages are spoken in Singapore. These are the reasons of wordspath.com this agency can help localize any foreign business in Singapore.

Go ahead and localize your business in Singapre for bigger sucess! Request a free quote now!

Summarily, to answer what language is spoken in Singapore? It is known that Singapore is a linguistically diverse country not only speaks four major languages but also various other sub-languages as well. It is a positive point of the country that it gives every culture of it’s a separate identity and freedom to use its language. People are not restricted to one specific language but can communicate in their language as well making communication more effective and healthy. The education system also gives different languages their importance. 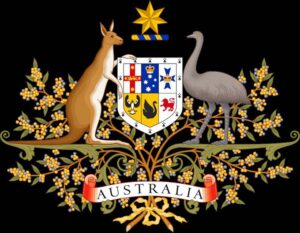 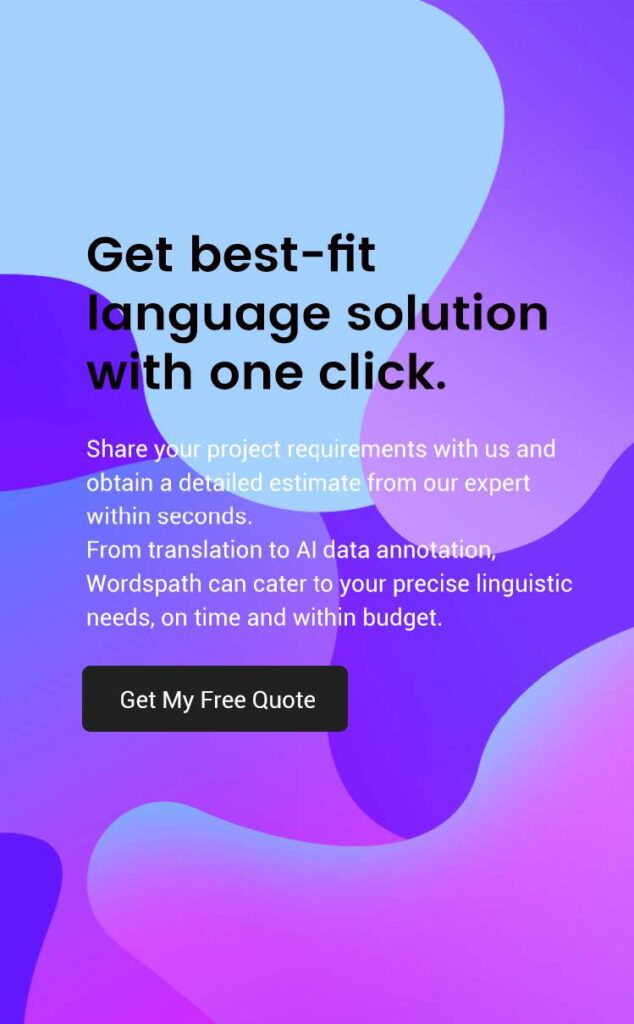